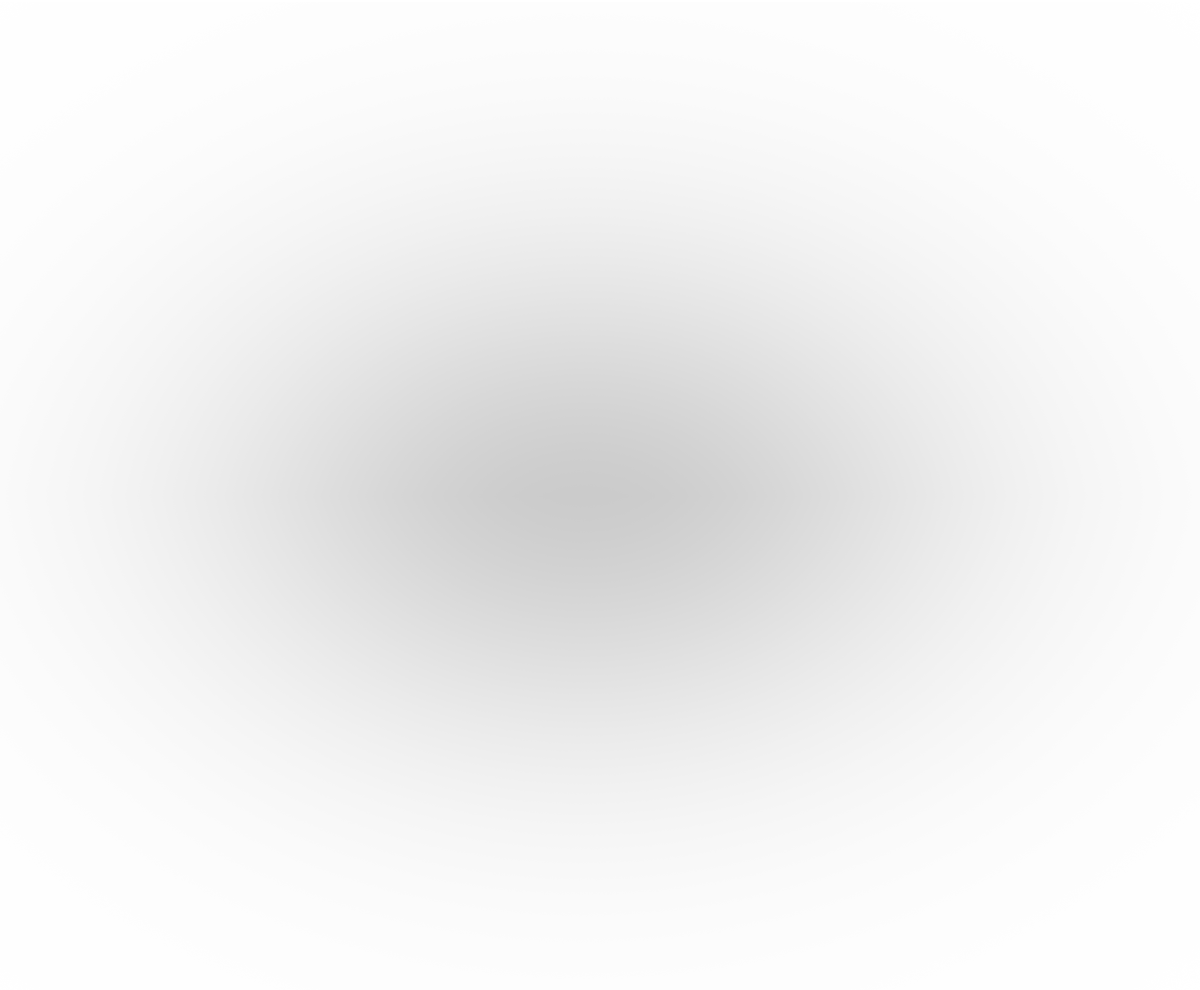 THE CHARTER
Of None-Governmental Organization
“ International Union (Commonwealth) of Advocates ”

1.1. None-Governmental Organization “International Union (Commonwealth) of Advocates”, hereinafter referred to as “Organization”, is an International None-Governmental Organization.
1.2. The activity of Organization is based  on the principles of membership, self-governing, legitimacy and legal equality of advocates, irrespective of their race and nationality, citizenship, language, sex, religion and social status. The activity of Organization shall be public and open. The information  about the founders of Organization and its program documents shall be generally available.
1.3. The organization in its activity shall be guided by the Constitution of the Russian Federation, laws on the NGO, advocacy, Civil Code, other legislation of the Russian Federation, generally recognized principles and norms of  international law, international treaties of the Russian Federation and the legislation of other states, on which territory its affiliated branches carry out an activity.
1.4. The Organization is a legal person which has solitary property in ownership and is liable for its obligations with this property  and may in its own name acquire and effectuate property and none-property rights, bear duties, and be a plaintiff or defendant in court. Organization may have accounts in banks, an autonomous balance sheet, estimate, seal, stamp and order form.
1.5. The location of the permanent executive organ of Organization (the Presidium): 113114, Bolshoi Palashevski pereulok, 1/14, block 7, Apt.46, Moscow, Russia.

2. GOALS AND PURPOSES OF ORGANIZATION

2.1. The main purposes of Organization shall be:
— assistance to ensuring of high standards of skills of advocates, professional ethics, unity and cooperation of advocates;
— protection of the rights and freedom, honor and dignity of members of organization;
— propagation of internationally recognized principles and guarantees of independence of advocacy;
— assistance to development of jurisprudence and legal culture of  society;
— expansion and strengthening of international professional and cultural relations between advocates of different countries and regions.

2.2. For fulfilling of the goals indicated in clause 2.l of the Charter Organization shall:

a)  establish scientific and research institute of advocacy, study and distribute the experience of  most experienced advocates of the world;
b) organize scientific and methodological activity on improvement of  advocacy;
c) assist associations of advocates in organizing of professional study and scientific and practical conferences;
d) organize international seminars, congresses and conferences;
e) participate in organization of training for advocates in the Bar Associations and firms in other regions and countries;
f) found its publishing organ and distribute professional materials for advocates;
g) organize exchange of delegations of advocates between advocacy unions (associations) of  different countries and regions;
h) indicate the problems of legal ethics;
i) study and unite the state of advocates in legal systems of different countries and if necessary send the applications on elimination of violations of the rights and freedoms of advocates to the appropriate states and international organizations;
j) carry out independent public legal examination of acts at the request of governmental bodies and NGOs and assist to drafting legislation on advocacy and other acts;
k) organize lectures, exhibition, lotteries, health—improvement and sports events;

3. RIGHTS AND RESPONSIBILITIES OF ORGANIZATION

3.1. The organization has the right:
— to distribute the information on its activity freely;
— to participate in drafting the decrees of state authorities and bodies of  local government in accordance with the order and scope stipulated by the legislation of the Russian Federation and other states;
— to organize assemblies, scientific and practical conferences, lectures, seminars and other measures allowed the legislation;
— to found mass media and carry out publishing activity;
— to carry out foreign economic and other activity stipulated generally recognized norms of  international law, legislation of the Russian Federation and other states on NGO;
— to represent and protect its rights, lawful interests of its members before public authorities, bodies of local authorities and NGOs;
— to realize in full scope its powers stipulated by the laws on NGO and issue initiatives on various questions of society;
— to submit offers to public authorities.

Realizing of the indicated rights of Organization may be limited by legislation of the Russian Federation and other states on NGO or by international treaties.

4.1. Advocates of any country and legal persons (unions, associations and other social organizations of advocates) which recognize the present Charter and voluntarily expressed desire to join Organization may become its members;

Scientists, lawyers, public figures and legal persons (social organizations) actively encouraging realization of the purposes and goals of Organization may be admitted to it.

At founding of Organization its founders automatically become its members and acquire the appropriate rights and responsibilities.

Members of Organization —natural persons and legal persons as well—  shall have  equal rights and bear equal responsibilities.

4.2. Members of Organization shall have the right:

а) To elect and to be elected to the executive, supervising and auditing bodies of Organization and control their activity; legal persons (social organizations) shall realize this right through their representatives;

б) to submit to organs of Organization offers on questions of its activity;

г) to participate in assemblies, conferences, seminars, and any other measures carried out by Organization;

д) to protect their social and professional rights and use any kind of consultative, legal and methodological help granted by Organization;

е) to withdraw from Organization at their own discretion.

4.3. Members of Organization are obliged actively to participate in accomplishment of its goals, observe the Charter and pay membership fee.

4.4. Membership in Organization is ceased on application of its member by the decision of the Presidium, Executive Board or an affiliated branch of Organization.

Members who decided to withdraw from Organization shall have no right to property and assets of Organization.

The decision on expulsion  from Organization may be appealed to the Executive Board or Assembly.

5. STRUCTURE OF ORGANIZATION AND THE SPHERE  ITS ACTIVITY

5.1. Within the Russian Federation and  foreign countries Organization may  establish affiliated branches realizing its activity  — organizations, branches or affiliates and representative offices.

Primary organizations may be established at associations, bars, legal offices and other lawyers' associations by  its three members at least.

affiliates and representative offices may act on the basis of the Provisions affirmed with presidium of Organization.

6.1. The highest executive organ of Organization shall be the Assembly (congress) which shall be held every four years in the place defined by the Presidium or by the Executive Board of Organization.

6.2. The delegates elected by national and regional branches of Organization, and members of the Presidium, Executive Board and Auditing Committee participate in activity of Assembly.

The electoral quotient for the members representing national and regional branches shall established by the Executive Board of Organization.

The extraordinary Assembly shall be assembled by the President, Presidium or Executive Board of Organization under the initiative or on demand of one third of members of Organization in three-months term.

6.3. The assembly considers any questions related to accomplishment of the purposes and goals of Organization.

The decisions of Assembly shall be adopted by simple majority of votes of the delegates participating in it.

The decisions on the affirmation of the Charter and the Provisions on the Auditing Committee, on changes and supplements to them, on reorganization or liquidation of Organization may be adopted not less than two thirds of the elected delegates participate in Assembly.

6.4. The Assembly, by direct voting, shall elect for the period of 4 years the Presidium composed of the President (chairman of the Presidium), first vice-presidents, vice-presidents on directions of activity of Organization and one advocate from each member-country also as a vice-president, including subjects of the confederated states and federation, and also Executive Board and Auditing.

The President and first vice-presidents may be elected only from the advocates who have been members of the Bars for 10 years at least direct precedent to the election.

For their election more than fifty percent of votes of the delegates present on Assembly shall  necessary.

For realization of the goals of Organization Executive Board may found: advocates' fund and other funds, scientific and research institute of advocacy, committees and sections on various directions of activity of advocates, other organs of Organization, and affirmes their charters (regulations).

The Executive Board of Organization shall hold its sessions not less often than once annually and adopts decisions by a majority of present members of Executive Board.

6.6. The Presidium shall realize the rights of legal person on behalf of Organization and execute its responsibilities, and shall be assembled by the President not less often than once per one quarter and in a period between the sessions of Executive Board shall realize its powers.

6.9. The vice—presidents representing the member-countries shall be co—chairmen of Executive Board and serially preside over its sessions, and fulfil responsibilities assigned to them by the Presidium.

7. ORDER OF MODIFING AND SUPPLEMENTING OF THE CHARTER OF ORGANIZATION

7.1. The exclusive right to make modifications and supplements to the present Charter shall be vested in Assembly of Organization pursuant to clause 6.3 of the present Charter. The decision on modifications and supplements to the Charter shall be adopted with the participation in Assembly not less than two thirds of elected delegates by simple majority of votes of the delegates present on Assembly.

8. SOURCES OF MONETARY RESOURCES AND OTHER ASSETS OF ORGANIZATION

8.2. The organization may own land lots, buildings, edifices, housing fund, transport, equipment, inventory, assets for cultural, educational, health-improving, monetary resources, shares other securities, other assets which are necessary for financial basis of activity of Organization.

Organization may own also establishments, publishing houses, mass media established and acquired at the expense of  assets of Organization.

The federal act may establish kinds of assets that, for reasons of state and  social security or pursuant to the international treaties of the Russian Federation, may not be owned by Organization.

Affiliated branches which are independent subjects of Organization shall own the assets belonging to them.

The Organization may establish economic partnerships, companies, other economic enterprises and acquire assets for the purpose of business activity.

Economic partnerships, enterprises and other economic organizations founded by Organization shall settle payments with the appropriate budgets in the order and amount established by the legislation of  the Russian Federation and other states.

An income of Organization from business activity shall not be distributed between its members or participants and may be used only for achievement of the authorized purposes and goals of Organization. Organization may use its assets for charitable purposes.

9. REORGANIZING AND LIQUIDATING OF ORGANIZATION

9.3. The assets remained as a result of liquidation of Organization after meeting requirements of creditors shall be used for the purposes defined by the decree of Assembly, and in disputable cases — by the decree of the court. The decision on use of the remained assets shall be published by the liquidating commission in mass media.

9.5. The documents on the staff of Organization after its liquidation shall be directed to the State Archive.